I was rigourously tested for 6 days once, and two days twice by forensic psychiatrists assigned by the court to determine if I had any mental defect. Turns out my I.Q. (at age 24) was 163.

How do I think?

I am a cook in a restaurant. Every day, I come in with a new hypothetical scenario for my workmates. One of my favourite questions yielded an answer applicable here. The question was “If you could have any superpower, what would it be?” The best answer was “The ability to stop time for everyone else, but not for me.” The worst was “To be the most brilliant genius of all time,” which I immediately countered…..

Everyone in the restaurant knows I’m a genius. Nobody cares. I don’t ever discuss the actual number involved, as it would only create problems. They just know that I can discuss Julius Caesar conquering Gaul, the Meiji restoration, the detailed intricacies of baseball, chromosomal abnormalities, Orthodox Saints, the refining process of oil, volcanic interaction with subduction zones, the chemical composition of 440 carbon steel, the manufacturing process of porcelain, etc. You get the idea. (I’m giving an honest answer here)

When I ask a question, I receive condescension from my peers, and literally watch them gloat over them “knowing something” I don’t. When I have an answer, it is weighed less than anyone else’s. When I have a suggestion, it is resisted always until or unless circumstances obviate it’s acquirement. When I need an item in stock, my asking creates resentment….even to people standing around when I’m working.

They discuss their personal lives, and don’t ask about mine. They make post-work plans and never include me…not once. They ask each other questions that they know I can fully answer just so they don’t have to hear me give another explanation. The owner has told me I shouldn’t work there. He asked me what else I could do for a job while on parole in which I may use my mind. Everyone else’s jokes are funny to him, mine are not.

I made the mistake when starting to work there of discussing subjects I found interesting when I pondered them. No one wants to discuss the ramifications of “Operation Zitadel” and the transmission difficulties of the Tiger tank versus the manufacturing simplicity of the Soviet tanks in 1943….during a dinner rush.

I see solutions everywhere. I also see people highly resistant to change even when they agree with the solution.

I see fraudulence everywhere. I see people who are deeply, deeply in love with a façade they project which brings them power in some aspect.

I see deception everywhere. I see people using statistics and obscure scientific articles to bolster the opinion which brings them power in a conversation…regardless of contrary data.

I see hopelessness everywhere. I see people clinging so violently to a hope (either an opinion or an idea) which brings their life into relevance, that even broaching another possibility is perceived as an attempt to invalidate their entire worth as a human being.

I see totalitarianism everywhere. I see people so wildly bent upon demanding others accept and even celebrate whatever they do in the name of tolerance, that even only tolerating it is seen as bigoted hatred worthy of being intolerant towards.

I see feelings attaining primacy of consideration. I see that the individual’s emotional construct within his or her psyche regarding the significance of their own emotional response to any given stimulus being of such import as to render truth or untruth to the subject matter irrelevant.

I see the purposeful invention of conflict. I see people individually and en masse actually seeking aspects of others with which to choose to take offence, then creating a massive smear campaign to besmirch the very character of a person based upon a perceived slight.

I see lunacy taking over. Aspects of social behaviour which would have been roundly mocked and wholly rejected by all of our ancestors for all time have now not only a place at the table, but are dictating the course of requisites for social behaviour for all others.

To this woman who said she wanted supernatural intelligence, I said one thing…..”Do you remember second grade?” She affirmed she did. I finished, “Imagine that you, as you are now, return to second grade. The conversations you hear, the behaviour you see, the lessons you are taught, the ideas expressed are all that of second graders. The next year, you go through it again. Then again. Then again. Over and over and over. With the same students who will not or cannot advance any further. That would be your life.”

More quickly, more accurately, connecting more dots, with more understanding, seeing more and being seen less than anyone around me.

And with great, great patience.

By the way, an I.Q. of 163 is worthless, even detrimental to the person who doesn’t have the wisdom to use it correctly, the discipline to use it aptly, or the morals to use it gently. Personality, discipline and wisdom beat the crap out of an I.Q. of 163…..or haven’t you wondered why I was being so thoroughly tested by a State court?

Intellectually…..nothing I’ve ever tried has ever been too difficult to learn.

Practically…..I see solutions where other people only see things that don’t need to be changed.

Everyday interactions…..well, I could best sum it up by saying that I see the façades, I know what they are suffering from to make themselves feel important, and what they actually are as a result. Very, very depressing. No kidding. 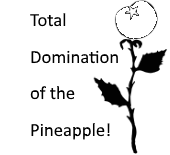